How To Save Thousands By Studying Abroad For Your University Degree

Let’s set the scene. You’re in the final year of your undergrad and are keen to make your mark in a world-leading company or institution. Before you get there however, you know that you’ll need a good postgraduate degree to help you to secure that competitive job. There’s only one problem. That master’s degree you’ve always thought of applying for costs thousands of pounds! Quality comes at a price, right? The good news is that you would be wrong to think this.

There are many prestigious institutions that are often overlooked by UK-based students. We have put together a list of some of the best value and high- ranking universities in Europe for the most popular postgraduate level subjects. All of the university courses listed are taught in English and they are based in some of Europe’s most exciting cities. So if you’d rather spend £974 on a degree rather than £45,250, and you fancy exploring a new city, here are the opportunities you must not miss.

As well as being home to the Anne Frank House and the Van Gogh Museum, Amsterdam is famous for having the oldest stock exchange in the world.

Founded in 1632, the University of Amsterdam is a prestigious institution in a city that is home to many international businesses including Philips, ING and Heineken. It was 50th in the QS World Rankings for accounting and finance in 2016, and currently stands at 58 in the overall rankings, so it’s a impressive place to study.

You would think an impressive programme would demand an impressive bank account but that’s not the case. Their MSc Finance costs a mere €2,060, which is roughly £1800. When you compare this to Imperial College London (ranked closely at 44th) where the cost is £33,500, or even London Business School (ranked 9th) where the cost is an eye-watering £45,250, you can see the huge savings that can be made by studying abroad.

So go to the University of Amsterdam, save a whopping £43,430 and spend it all on 434,300 Freddo chocolate bars instead! Or you could even spend it on more than 500 hours of private tuition to ensure you get the highest grade possible.

Nervous about moving to a new country because you’re worried that it won’t match up to the UK? When it comes to overall quality of living, Zurich is second in the world according to Mercer’s 2017 Quality of Living Survey. With this comes a high cost of living however, which you would have to weigh up against the cost of living in London or Cambridge if you were to study in the UK instead.

The Swiss Federal Institute of Technology in Zurich (ETH Zurich) may just be worth it though. It is an extremely prestigious university specialising in STEM subjects. It is ranked 8th in the world for computer science but it also ranks highly for earth and marine science (1st), engineering (5th), and biological sciences (10th). Not only that but 21 Nobel Prizes have been awarded to students or staff of ETH Zurich, including Albert Einstein. Impressed yet? You can study computer science at ETH Zurich for just £974.

The beautiful Bavarian city of Munich could be your next stop as student. The famous annual Oktoberfest attracts many tourists every year but it has so much to offer all year round. It is rich in culture with impressive architecture and also scores highly in Mercer’s Quality of Living Survey (4th in the world).

Perhaps the most attractive thing for an international student is the price tag. The Technical University of Munich ditched tuition fees in 2013, meaning that students only have to pay the student union and basic semester ticket fees. How much does this add up to? It’s €129.40 per semester, which is about £114 to a UK student. You don’t miss out on quality either. The Technical University of Munich is 45th in the world for mathematics. It scores well in other science subjects including physics (19th) and natural sciences (18th). For comparison, the University of Warwick postgraduate mathematics programme costs £9,250.

There are many great institutions in Europe that rank highly in the QS University Rankings and could offer an exciting international student experience. As well as ETH Zurich, Switzerland also has the world-leading Ecole Polytechnique Federale de Lausanne (EPFL) in Lausanne near Lake Geneva. Lausanne is cheaper than living in Zurich and EPFL is high-ranking for many subjects such as mathematics (20th) which costs just £957. Likewise the Netherlands is not just home to the University of Amsterdam. Leiden University was 25th in the world for politics in 2016 so would be a great place to study your MSc Politics for just over £2,000.

These institutions and great international cities have hopefully sparked your interest in studying in mainland Europe. There are many universities not mentioned here so be sure to investigate and explore all of your options. Who knows where your postgraduate could take you?

Fancy a helping hand with your postgraduate application? Book a consultation with The Profs and we will support you to get into your university of choice. You can also get a one-to-one tutor to help you make the leap from undergraduate to postgraduate. Find out more here.

Published on January 21st, 2018 by Joseph from The Profs 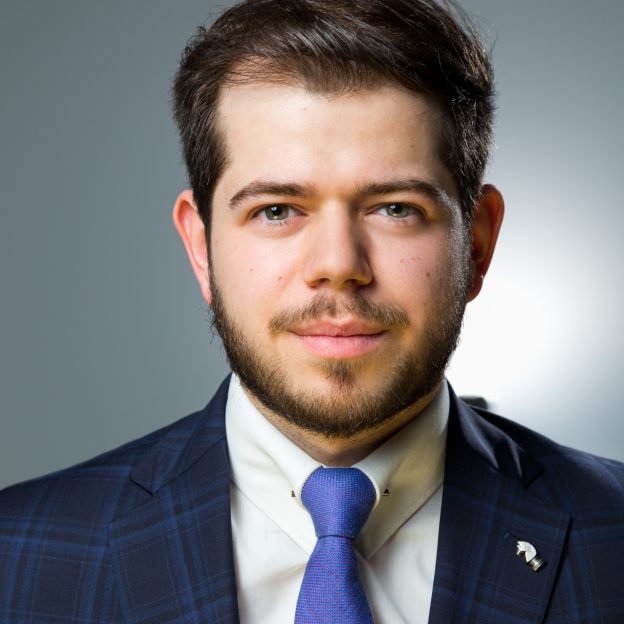 Head of Consultancy at The Profs - the award-winning education startup. Utilising the UK's largest private network of ex-admissions staff, PhD consultants and industry experts, Joseph writes about how to stay ahead of the competition with your university applications.