Logical reasoning, critical thinking and problem solving are as consequential as being good with numbers or being a wordsmith. As a combination, these are the most transferrable set of meta-skills there are. Want to prove a theory or articulate an airtight, sound argument? Or spot BS from 30 yards? Want to work for the world’s most desirable employer?

Then learn logic and hone your problem solving skills (we mean problems of an analytical rather than emotional nature). On the way, you’ll wrestle and defeat one or two of your cognitive biases. Sound logical reasoning, critical thinking and problem solving are the backbone of so many careers – law, politics, journalism, research, medicine, investment banking, digital marketing, software engineering and many others – they constitute arguably the world’s most transferable and valuable meta-skill set.

The good news is that this skill-set is not expensive to get. Some say it’s simply a matter of unlocking your ‘inner intelligence’ (more on how to do that in a minute).

Most students outside of mathematics, computer science and philosophy – and the poor souls taking GMAT or other aptitude tests – do not study or receive formal training in logic, problem solving or critical thinking. This stuff is usually gathered piecemeal along the way. Or not.

Some might say that until the ascendance of Google and Silicon Valley, logic as a subject had a bad rep. People deemed it a dry subject, the preserve of nerds or eccentrics, pedants and persnickety types. Logic certainly wasn’t something for someone who was antsy around precision. Philosophers, who built their subject on the foundations of logic, haven’t garnered a great deal of respect on main street either.

Culturally, the long-time role model for a logical thinker wasn’t actually a human, but a Vulcan called Spock. Then there was Sherlock Holmes who boasted ad nauseam of deductive skills (which were more like inductive logic skills, but that wouldn’t have rolled as effortlessly off his tongue).

Do I Really Need This Meta-Skill Set?

Even a scintilla of nerdiness, inaccessibility or rigour around the subject should not put you off. For there are plenty of reasons to master logical reasoning, critical thinking and problem solving.

Firstly, why wouldn’t you? To do otherwise you would be to surrender to ignorance, to illogical reasoning, to be hoodwinked by nonsense, and be flummoxed by analytical problems. This meta-skill set raises your IQ and hugely helps with problem solving. As well as seeing the ‘wood from the trees’ in arguments. Empowering yourself in this way also builds self-esteem and resilience in tackling a whole range of analytical challenges and subjects.

At university, the sciences, philosophy, mathematics, economics, law as well as finance become steeped in logic and proofs for theorems and results. To get into university or law or business school in some countries you need to score high in the SAT, GMAT and a range of aptitude tests. These involve a considerable amount of logic, critical thinking and problem solving in various formats.

Second, this meta skill-set enables a person to make eloquent, strong or persuasive arguments and spot fallacies or faulty arguments made by others, be it in a MBA or other study group, lecture hall or in a dinner party discussion. The ability to spot BS at thirty yards is a powerful skill. In the 2012 Man Booker Prize-winning novel, “The Sense of an Ending”, Julian Barnes wrote: “He had a better mind and a more rigorous temperament than me; he thought logically, and then acted on the conclusion of logical thought. Whereas most of us, I suspect, do the opposite: we make an instinctive decision, then build up an infrastructure of reasoning to justify it. And call the result common sense.”

Third, this skill-set will help you get a job or better job. Many employers throw puzzles, conundrums, logical reasoning, critical thinking and problem solving into the interview mix. Google has taken it to another level. See ‘Are You Smart Enough to Work At Google?’

Fourth, do it for its pure recreational value. Get good at games with a big logic or problem solving component, like chess or Sudoku.

Fifth, this stuff doesn’t date quickly. The principles will continue to apply – which is what you’d expect of ‘truths’ in logical reasoning and problem solving (though the means for working through them might become faster or more streamlined – think apps). You might not be able to say the same about programs such as Excel, whose functionality will morph into something else over time by the time the 2019 release emerges. Safe to say, logical formulas such as IF (argument) will remain important in future spreadsheet programs.

Lastly, this meta-skill set should boost a person’s thinking about his/her thinking. To quote French philosopher and poet, Paul Valéry: “To enter into your own mind you need to be armed to the teeth.”

The Power of Logical Reasoning, Critical Thinking and Problem Solving

So, plenty of reasons to get into logic, problem solving and critical thinking. A word of warning: Once you’ve begun to master this meta-skill set, you will become more sensitive to absurdity. Sometimes you will find this a source of amusement. Consider this headline: “Gaping hole in the road. The Council are looking into it.” How many councillors were staring into the hole you might wonder?

The Profs regularly tutor students for the GMAT, STEP, BMAT, LNAT and other aptitude tests and many of its tutors are well versed in logical reasoning, critical thinking, and problem solving and employ these in tutorials.

In Part 2 of this three part series, we explore the big differences between Logical reasoning, critical thinking and problem solving. In Part 3 we’ll show you how to learn these meta-skills at minimal financial outlay. Watch this space.

Found this useful? Then you should read our other posts for Self-Improvement.

Published on August 3rd, 2017 by Dan from The Profs 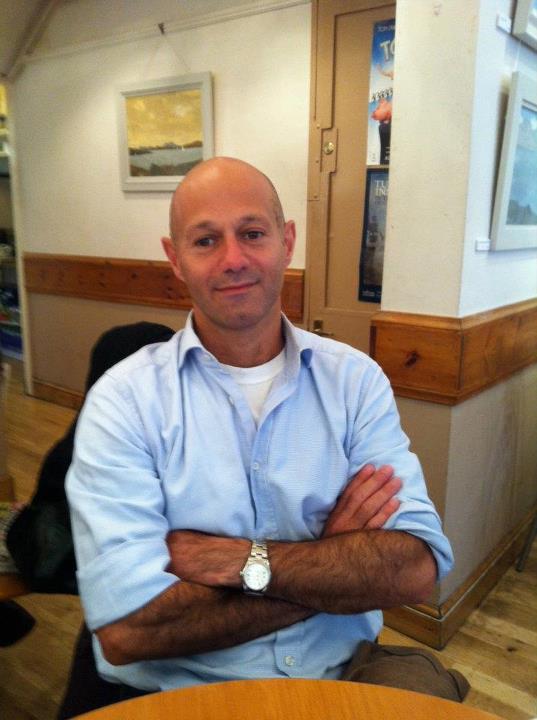