Experienced Examiner of Physics and Mathematics, Teacher of All Levels, Ex-Principle University Lecturer

Face to Face
About Dr Nicholas

After obtaining 15 O levels, 5 A levels and 2 S levels at School I obtained a first class honours degree in physics and mathematics with my major physics topic being astrophysics from London University. I am friendly, compassionate and approachable. I am passionate about education, always striving for the best in every student, allowing them to reach their maximum potential. I teach A Level, STEP, NSAA, MAT, as well as undergraduate and higher levels.

I am a very experienced teacher and tutor who has helped numerous students of all abilities in Physics, Mathematics and Chemistry. I was previously a Headteacher of a Secondary school and believe that effort is more important than natural ability. I have tutored up to university level in Mathematics and Physics and taught Chemistry to students up to age 18. 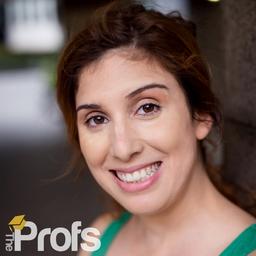 Face to Face or Online
About Dr Priscilla

I've started my journey in Physics at La Sapienza university of Rome, studying Astrophysics during my BSc, then Theoretical Physics for my MSc, graduating in 2014 with an experimental thesis on beta-amyloids, the fibrils causing Alzheimer's disease. Following my interest in the Neuroscience field, for my PhD work I focused on neurorehabilitation from spinal cord injury, producing a computational model of the locomotor neural network in humans and rats. Now I'm back working on theoretical physics focusing on quantum field theory.

Since 2019 I've been also working as a proofreader for MSc and PhD theses and I've been a scientific advisor for an MA Choreography thesis at Trinity Laban Conservatoire of Music and Dance, London. 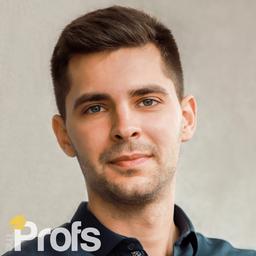 In 2012, I received a full scholarship and an additional bursary for living costs to study Natural Sciences at Trinity College, University of Cambridge. I finished my Bachelor's and Master's with First Class Honours and proceeded to do my PhD at ETH Zurich, Switzerland in the area of magnetism and electron microscopy.

I am easygoing, talkative and friendly. In my spare time, I like hiking, swimming, cycling, learning new languages (finally able to speak German!) and spending time in nature. I am a huge fan of animals, and I would be very happy to meet your pets online.