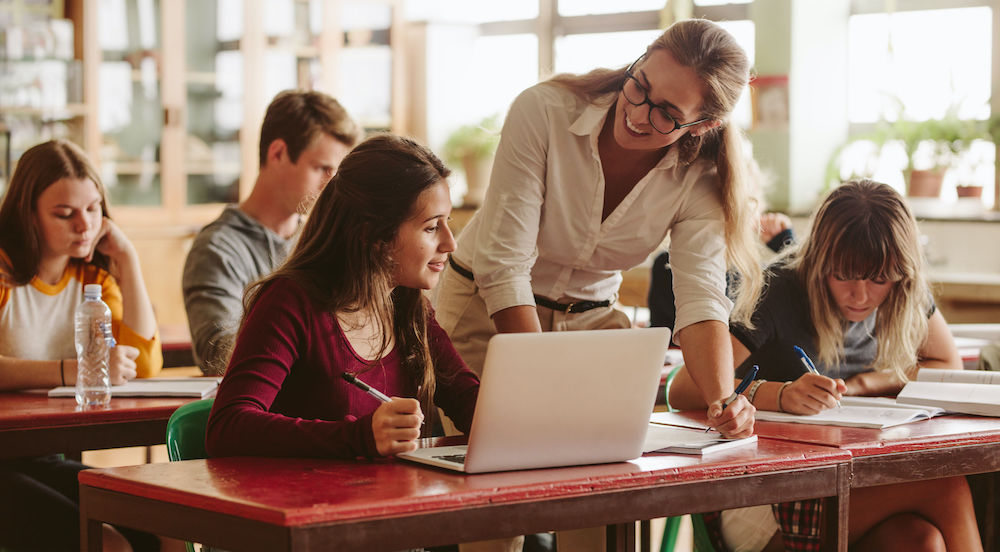 A former Conservative cabinet minister has been sharply critical of teachers who promote ideologically biased, left-wing views in classrooms.

The practice, she said, was alienating working-class pupils from their schools by attacking their “family’s beliefs”.

Former Work and Pensions Secretary Esther McVey was addressing the ‘Blue Collar Conservatism’ conference in Mansfield, telling a panel event there that children were “overly indoctrinated” in settings that ought to be focused on learning truthful knowledge.

Describing her own experience as a school pupil, she explained that she was never aware of what her teachers’ political opinions were, or any of their other viewpoints for that matter, adding: “They wouldn’t have tried to indoctrinate me.”

However, she went on to describe how she was hearing from constituents that people charged with responsibility for educating the young were failing to teach what children needed to know and were instead “overly indoctrinating” them.

Teaching in state schools, she said, had “gone political”.

She added: “People are saying it has gone to the left, they’re forcing ideas on you.”

The ideological bias “needs to be removed from the whole education system”, she declared, so that the emphasis firmly shifted from left-wing indoctrination to a properly “educational bias in the whole of the education platform”.

McVey, who has represented the Tatton constituency in Cheshire since 2017, emphasised that “white working-class lads” especially were turned off by left-wing ideas that contradicted their “family’s beliefs” about Brexit in particular.

She raised the pressing issue of white working-class boys being disengaged from education and performing far below what they are capable of.

“And I’m thinking to myself, are people thinking, ‘Why do I want to be engaged in a classroom if somebody doesn’t think like me, doesn’t vote like me, and you know what, they’re now telling me what is it and questioning my belief or my family’s beliefs.’”

This, she added, was why “all of that” [political bias] needed to be expunged from the classroom.

In a pre-recorded question and answer session with McVey shown at the conference, the Education Secretary Gavin Williamson echoed her call for teachers to leave their political opinions at the classroom door.

He insisted that “political impartiality right across the spectrum” had to be respected by teachers when they were in the classroom.

Williamson emphasised that educational organisations that were state-funded had an obligation to ensure that a broad spectrum of views were available to pupils and that impartiality was strictly observed by teachers themselves.

He pointed out that he had spoken about the importance of freedom of expression, as had many of the attendees at the conference, a duty that had to observed to ensure that people were not “no platformed” because of their views.

Turning his sights to universities, he insisted that the practice of “no platforming” mainstream politicians “shouldn’t be tolerated” in these seats of advanced learning, describing the action of the Oxford University Society this March to revoke a scheduled address by former Home Secretary Amber Rudd as “crazy”.