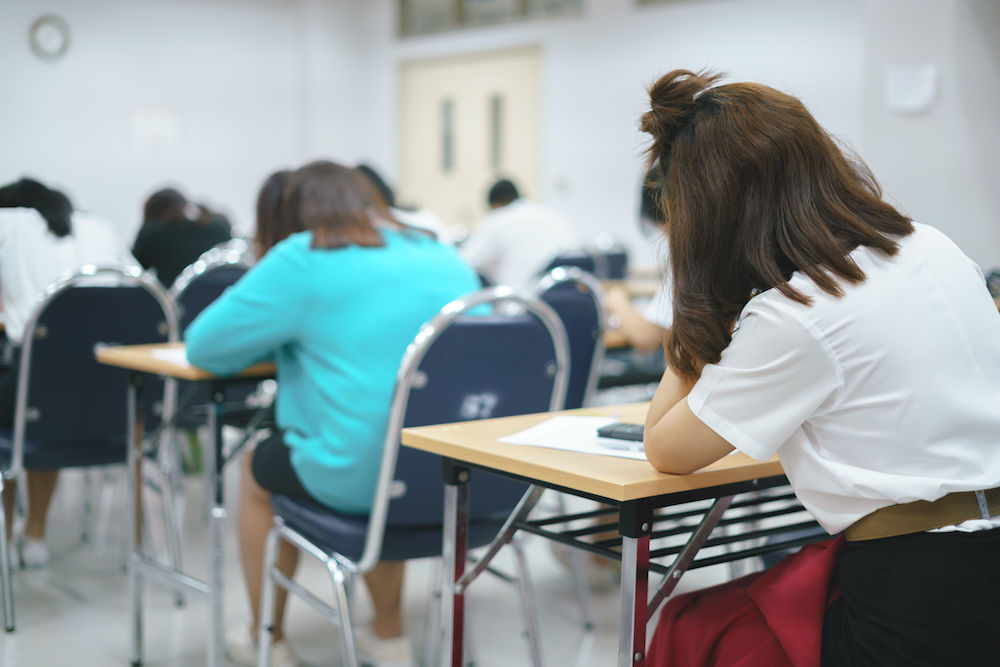 Education Secretary Gavin Williamson has confirmed that a proposed delay in next year’s GCSE and A-level exams is being considered by the government.

Speaking to the Telegraph, Williamson said that he was exploring proposals for a “short delay” to next year’s public exams “with the aim of creating more teaching time”.

Unnamed Telegraph sources who are allies of Williamson have suggested that A-level and GCSE exams could be deferred to June and July instead of beginning as normal in May.

They would not, however, impinge on the conventional summer break.

40% of schools in England are to open their doors again for full-time education on Thursday 3rd September.

This follows an unprecedented six-month interruption caused by the government’s efforts to contain the COVID-19 pandemic.

The remaining 60% will reopen by the beginning of next week.

Calling for the country to back the millions of children returning to school and “help them learn, play and be kids again”, Williamson said that the start of the new term brings “fresh hope” with it.

Ministers are hopeful that today (1st September) will see workers returning to their workplaces en masse, with parents at last being freed to resume work after months of lockdown and home-schooling their children.

Asked by the Telegraph about parental concerns over the impact of missed school attendance on their children’s futures, Williamson acknowledged worries about next year’s exams, confirming that work had begun with the exam regulator Ofqual “on changes we can make to help pupils when they take GCSEs and A-levels next year”.

He added: “Ofqual will continue to work with the education sector and other stakeholders on whether there should be a short delay to the GCSE, A and AS-level exam timetable in 2021, with the aim of creating more teaching time.”

Williamson’s remarks seem in accord with the Labour Party’s view, after shadow education secretary Kate Green warned that pupils faced a “mountain to climb” in the coming school year after the extended school closures.

The party has stated that it would support a deferral of next year’s exams.

Green said: “It’s so important that the government starts to make contingency plans now so we don’t see a repeat of the fiasco that we saw over the last few weeks.”

Williamson had hinted at a possible delay to 2021’s exams in June, though the debacle over this year’s results has left him resolved to avoid another fiasco next year.

Further backing for the exam delay came from the National Education Union – its joint leader Mary Bousted agreed that it was “part of the solution”.

The general secretary of the head teacher’s union NAHT, Paul Whiteman, has also stated that a deferral was “worthy of serious consideration”.

Whiteman warned, however, that a delay would put additional pressure on the higher education sector.

The possibility exists that deferring the start of the exams would result in a delay to the publication of results.

The higher education admissions service UCAS would need to agree to the measure and ensure that sufficient time existed to allocate university places, including the clearing procedure for students who have not met the grades required for their first-choice establishments.