The universities of Newcastle and Northumbria have transferred all teaching online amid accusations that undergraduates were falsely led into believing that they would have access to a ‘full campus experience’.

The shift to online-only teaching will start from today (8th October) for an initial period of three weeks.

Only ‘essential’ face-to-face teaching will continue for medical and other clinical courses.

The decision was taken after the number of confirmed cases of COVID-19 infection among students continues to rise.

To date, over 80 universities across Britain have revealed a minimum of 5,000 positive COVID-19 test results among students and university staff.

The two universities have followed the same decision as three of Britain’s biggest universities (Sheffield, Manchester and Manchester Metropolitan), which earlier this week announced the pivot to online-only teaching until the end of October, at the very least.

Martyn Moss, the University and College Union’s regional officer for the North West (which has one of the highest infection rates in the country), said that the union believes that all university teaching should have been online-only throughout this term.

He added: “These universities have been luring students back on the promise of a full campus experience. They wanted to bank the fees for accommodation and the tuition fees which as far as international students are concerned are considerable.”

He added that the government should have covered any lost income from student fees rather than let universities “pretend” that they could offer a full campus experience in order to secure fees.

The result, he said, has been “a public health crisis” that was inevitable when a million students migrate over a fortnight to different parts of the country to take up their studies.

However, the assumption that infection rates in healthy young people are a bad thing was challenged in an article in the Telegraph on Wednesday by Dr Sunetra Gupta, an acclaimed professor of theoretical epidemiology at Oxford University.

Emphasising the duty to balance the risks of death caused by the virus itself with the risks of deaths caused by restrictions aimed at stopping it, Dr Gupta explains that scientists now have a much better understanding of the spread dynamics of the SARS-CoV-2 virus, which is thought to be responsible for the pandemic.

Compared to the outset of the crisis, scientists now have a far clearer picture of who is vulnerable to severe disease and death upon viral infection, and who is not, she writes.

This, she adds, supports the policy of “Focused Protection” described by herself and other internationally renowned medical and health experts from the universities of Cambridge, Edinburgh, Harvard, Stanford and other top US institutions in what has come to be known as ‘The Great Barrington Declaration’.

The Declaration, which has been endorsed by thousands of medical experts across the world in a matter of days, proposes nuanced, targeted shielding for those most at risk (predominantly, elderly people with serious pre-existing medical conditions) for at most six months.

By this time, the rest of the population who are not at risk of serious complications would acquire herd immunity simply by living their normal lives. 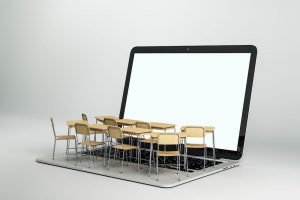