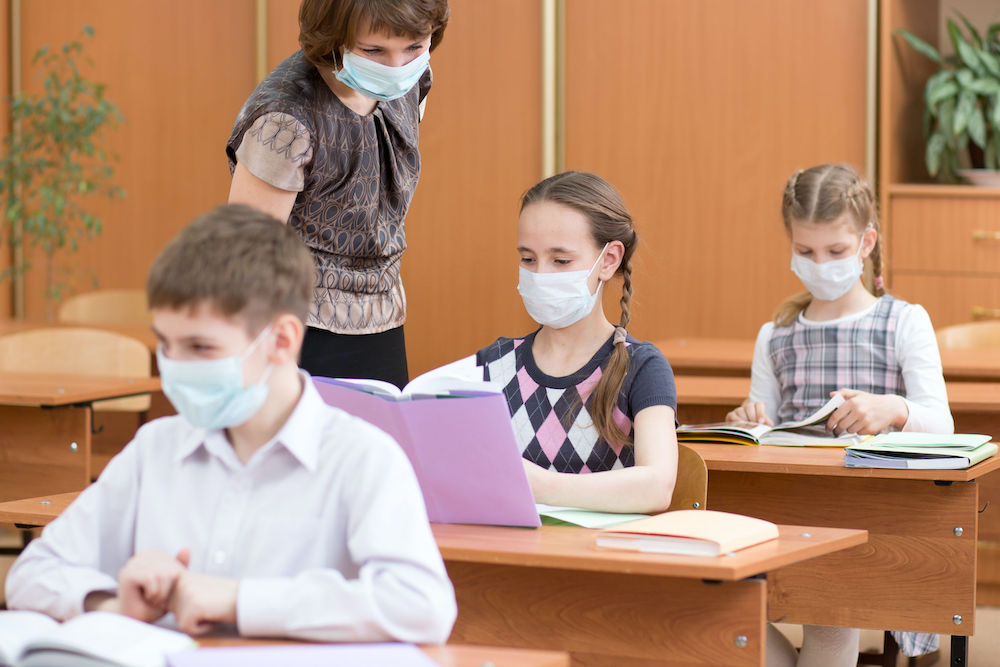 School pupils may need Saturday school attendance to catch up

The Education Secretary Gavin Williamson has told MPs that a proportion of pupils in English schools may need more time in the classroom, including attending school on Saturdays, to make up for missed learning.

School-aged children in England have just returned to schools after months at home due to the closures necessitated by the coronavirus pandemic.

Evidence suggests that many were unable, or lost motivation, to keep up with home learning in the absence of the school environment.

Williamson’s comments were made as news broke of dozens of schools being affected by COVID-19 infections less than a week after children returned to their campuses for full-time in-person education.

There are already fears that these outbreaks may culminate in additional disruptions to their schooling.

A school in Suffolk (Samuel Ward Academy) was reclosed on Monday on the advice of Public Health England after five of its teaching staff tested positive for the coronavirus.

Meanwhile, a staff member at Castle Rock School in Coalville, which the Prime Minister visited on 26th August, has also tested positive for viral infection.

The number of schools in Wales affected by outbreaks of infection since reopening is believed to be at least 10, while three schools in Middleborough and eight in Liverpool reported confirmed cases.

Questioned by Labour on whether the government had a grip on the health crisis and its impact on schools, Williamson replied: “Very much so and if I draw your attention to the joint-letter by the chief medical officers of England, Wales, Northern Ireland and Scotland, what they were pointing out is that children are best served by being in school.”

Williamson was adamant that schools in England would only ever be closed as an “absolute last resort” because all MPs on both sides of the Commons appreciated how crucial it was “for children to be benefiting from being in school with their teachers and learning in the school environment”.

He assured MPs that work was already in place to make sure that deficits in learning caused by the school closures would be remedied over the course of the coming academic year.

Elaborating, he said: “There is clear guidance on what works in the classroom environment. That might mean extending the school day for some; it might mean Saturday classes for others.”

Williamson has had a turbulent experience over the last few weeks following the A-level results debacle, during which it came to light that his ministers had been informed about defects in the grading system used by the exam regulator Ofqual weeks before the results were published.

The Shadow Education Secretary Kate Green said that ministers were “repeatedly warned of the dangers of the system of calculated grades”.

Williamson was forced into a humiliating U-turn over the results following a furious public backlash after thousands of dismayed students had their teacher-estimated attainments downgraded by Ofqual’s algorithm.

Green was trenchant in her criticism of Williamson’s handling of the results fiasco, pointing out that he had been alerted to serious flaws in Ofqual’s moderation methodology by a former senior Department for Education official, by Ofqual itself, and by the experience of Scotland’s results.