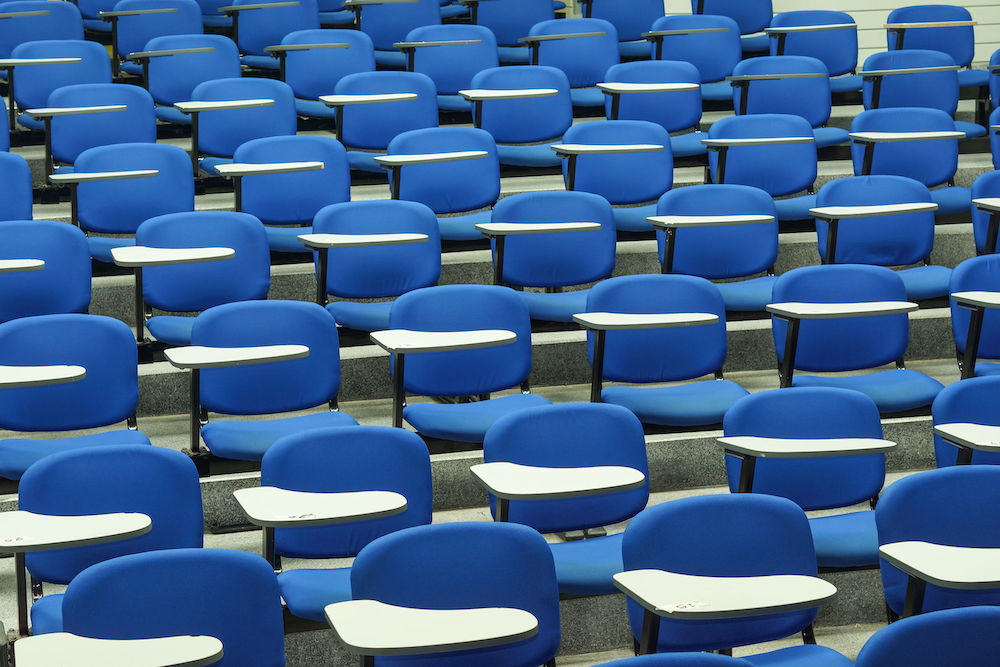 Universities in England are pressing the government for an urgent bailout package for higher education institutions suffering acute financial hardship due to the A-level results chaos.

The higher education advocacy organisation Universities UK has collaborated with the MillionPlus association of modern universities to lobby the government.

Both organisations want it to abandon its “restructuring regime”, which they consider punitive, and instead provide targeted grants to English HE establishments plunged into financial crisis by the ministerial U-turn that culminated in this year’s A-level results fiasco.

The call came through a taskforce set up by universities minister Michelle Donelan after the government’s volte-face over A-level results threw many universities into an admissions crisis.

Sources with inside knowledge of the talks have told Times Higher Education (THE) that the Department for Education (DfE) seemed receptive.

The Treasury, however, has declined to make any commitments at this point.

The lobbying arose after reports that a significant minority of lower-tier universities are anticipating shortfalls of hundreds of students each.

They are expecting students with offers who suddenly received higher A-level grades after the government U-turn to shift allegiances toward higher-tariff institutions.

The latter were granted greater scope to take on more students after caps on admissions were lifted following the about-turn.

THE has heard that a raft of universities are likely to be adversely affected, not only the newer former polytechnics granted university status under the Further and Higher Education Act 1992 (the so-called ‘post-1992’ universities).

Without added government relief, several specialist courses will be in jeopardy.

A number of the post-1992 universities are said to be pressing for the government to jettison an earlier support package designed to help research-focused universities in the wake of the A-level debacle.

Some of the universities affected are said to be asking for a separate injection of capital to allow them to provide better simulation training for the next generation of public sector professionals, with the NHS and COVID-proofing university campuses featuring prominently.

A bailout of this kind would mark a departure from the government’s recent stance on universities, which seems to be aiming to curtail the recent expansion of higher education in favour of further education and vocational training.

This agenda was recently manifested in the DfE’s new ‘restructuring regime’ announced on 16th July.

This offered repayable loans to universities in need of emergency finance due to the COVID-19 lockdown.

The loans, however, were accompanied by a series of conditions, including a requirement that they refocus on courses considered to place graduates on a more reliable path to improved post-qualifying incomes.

A rough calculation for the new bailouts being requested has been seen by THE, and involves multiplying the annual student tuition fee of £9,250 by three.

This is to cover the lost income from the standard three years of a degree course.

A university that had lost 200 students due to the A-level about-face would receive a grant of £5.6m on this basis.

One THE source has estimated that the total cost of bailing out all of the affected universities would be £100m.

Grants, not loans, have been requested as many of the affected establishments have already reached the upper threshold of their borrowing limit.