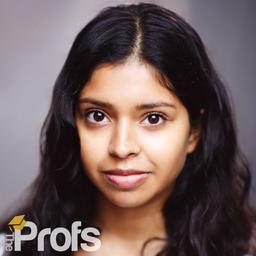 I am a professional actor alongside being a tutor. I have just completed my MA in Acting from the Royal Central School of Speech and Drama, and graduated with distinction. I have been tutoring for several years, and feel that my profession supports my tutoring in many ways - I am constantly being exposed to new writing and all forms of literature and this aids me in encouraging my English Literature tutees to read widely and expansively, and I have a significant knowledge both from my BA and MA from which I can recommend reading to my students. I know that reading is invaluable and always encourage my students to be curious and explorative in their reading habits. Furthermore, as an actor I practice empathy every day and find this is a crucial skill to bring when tutoring. I am solution-based when it comes to learning and believe that practice makes perfect. I am patient and believe that if someone is struggling to grasp a concept or idea, there is always a way to solve the problem that suits the person best.

I have tutored in English Literature, English Language and Spanish in the past. I have tutored English Language and Literature at GCSE and A Level standard, for AQA, Edexcel and iGCSE board exams, as well as in Spanish for the same boards. I am also able to tutor in Drama and Theatre Studies for GCSE, A Level and International Baccalaureate. I have also coached students successfully through the Oxbridge application process for both English and English and Modern Languages. I have assisted students in writing their personal statements and admissions essays, as well as having prepared them for the entrance tests such as the ELAT. Furthermore, I am highly experienced in coaching applicants for Oxford and Cambridge interviews, having conducted several mock interviews for which I prepare my own resources for the live literature analysis section of the interview as well.

BA in English and Spanish, University of Oxford, 2.1 MA in Acting (Contemporary), Royal Central School of Speech and Drama, Distinction A Levels: English Literature: A* Spanish: A Drama and Theatre Studies: A* Geography: A