PhD candidate in Aerodynamics with a Master's of Engineering (Aerospace and Aerothermal Engineering) from the University of Cambridge. 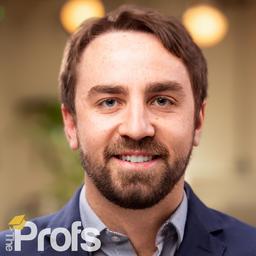 I am studying for a PhD in the Aerodynamics and Flight mechanics group at Southampton University and have a Masters of Engineering in Aerospace and Aerothermal engineering from the University of Cambridge (Trinity College). I am an award-winning engineer with national and Cambridge departmental prizes in computational modelling, mechatronics, and software development.

Outside of academia I am a qualified private pilot and experienced technical scuba diver. I am also a reservist in the British Army's Royal Engineers where I support their national airfields infrastructure team.

For the past thirteen years I have provided tuition in economics, philosophy, mathematics and psychology on a full-time basis, ranging from KS1 all the way through to PhD level. I have also provided coaching for Oxbridge interviews through the charity Teach First.

I have taught students from various universities including Cambridge, Oxford, LSE, and Harvard. I have also led undergraduate classes at UCL in logic and philosophy, and am a senior mentor for the United Kingdom Mathematics Trust.