Over 30 Years Teaching Experience, Deputy Director of the Graduate School at Imperial College 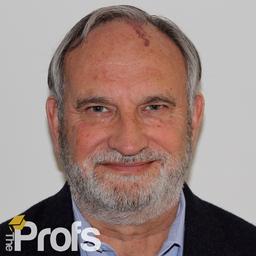 I am a highly experienced Physics and Mathematics tutor. I tutor students between the ages of 10 and 18, preparing them for entrance exams, GCSE and A levels. I also assist students with UCAS applications and university interviews and have recent experience of teaching mid-career students for exams such as GAMSAT.

Recently I won a prize as the best new tutor in 2019 at the Profs, and last academic year my six A level Physics students achieved five A Stars and an A respectively.

I teach individuals and also groups in schools, sixth form Colleges and Russell group universities. I was a lecturer at Imperial College for 26 years where I was an admissions tutor, senior tutor and postgraduate tutor. Later I became deputy director of the Graduate school.

I used to be a lecturer in Physics at Warwick University. Following this I became a lecturer in Materials at Imperial College London, before spending a year at Dallas University being a professor. Ever since, I have spent my time tutoring Physics and Maths.