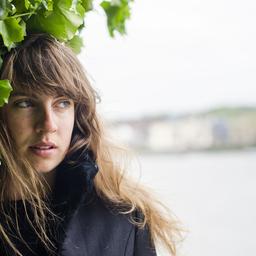 I come from the Welsh coast, Pembrokeshire and speak fluent English, French, Welsh and Spanish. I love languages and believe that being able to communicate with people from around the world is a vital thing. I really enjoy working with people & am an excellent communicator. I am a friendly, patient, fun and innovative tutor & believe that everyone has the ability to learn a language with the right tutor if they set their mind to it. When teaching, I believe in approaching languages like an instrument, that the following should be worked equally; grammar, listening, reading, speaking and writing. I like to guide/teach the lessons mostly in the language being taught, as people tend to progress more rapidly this way. I cater towards the individual level of each client.

I have travelled a lot, improving my language skills along the way. I believe that being able to communicate & work with people from all sorts of cultures & languages is a vital skill in this global world today. My hobbies include yoga, dance, swimming, surfing, languages, cycling, mountaineering, writing, tennis, traveling, film & cooking. I love challenges and in the summer of 2016, I hiked 892km (660 miles) along the 'Camino de Santiago de Compostella' in Spain. In December 2016 I went to South America & hiked much of the Andes in Patagonia, Argentina alone. I also work often in Nashville and New York.

I am a professional Composer/Songwriter/Musician based between Wales/London and America. I graduated from 'Trinity Laban Conservatoire of Music and Dance' with a BMus Honours degree in (Composition/Performance/French.) I compose songs and scores for other artists & film/t.v. I have taken people through various music examinations including; IBDP, GCSE's, A-levels and Degrees.

I would love the chance to work with you & help further your skills in French, English or Music.

2008/09 – lived in Dieppe and Brussels for several months studying French and teaching English.

2011 - gave 1:1 French lessons to fellow students, particularly opera singers and actors needing to improve their accents and articulation at Royal Welsh College of Music and Drama (RWCMD) in Cardiff.

2011 - set up & ran a Gospel choir at the RWCMD whilst studying & taught English & French songs to a group of 20 students weekly.