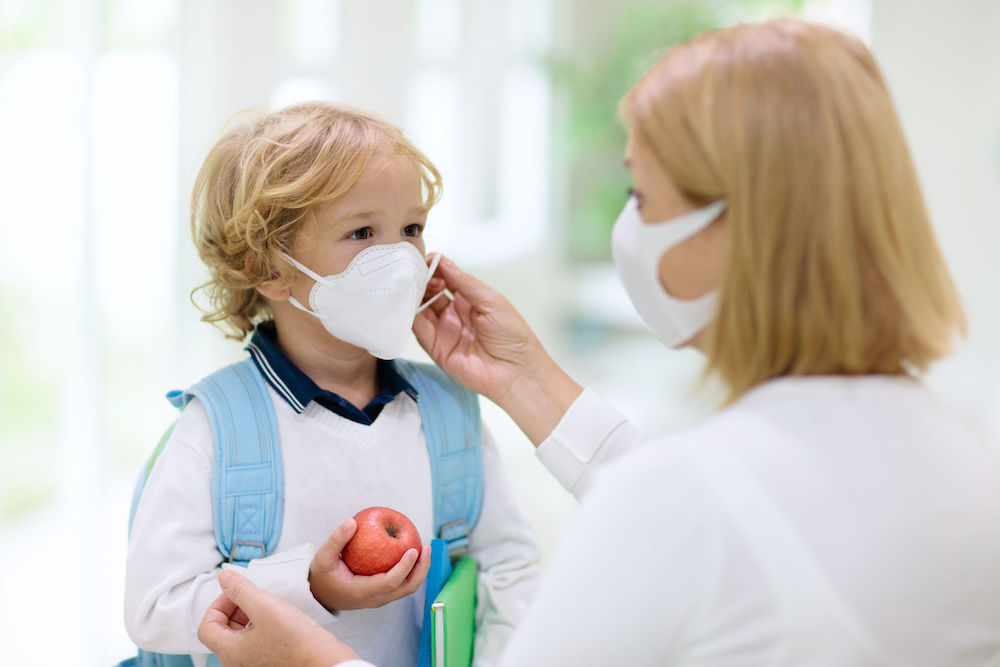 Teaching unions have urged the government to make face coverings mandatory for teachers and support staff when schools in England reopen in September.

They maintain that the measure is necessary to protect against potential COVID-19 infection and help contain the possible spread of the virus.

At present, the Department for Education (DfE) has not recommended face coverings for school staff.

A DfE spokesperson told the Independent that the guidelines for cleaning and hygiene measures in schools will “substantially reduce the risk of transmission of the virus”.

The spokesperson confirmed that the current guidelines do not mandate the wearing of face masks “as we believe the system of controls laid out adequately reduced the risk of transmission to both staff and students”.

The government has said that face masks will not be necessary in schools as staff and pupils will remain in consistent groups or ‘bubbles’, which will limit the risk of viral spread.

It further believes that the misuse of face coverings could elevate transmission risks.

Concerns have also been raised that face coverings could obscure communication in classes.

Teaching unions, however, are unconvinced, pointing to the fact that the government has mandated the wearing of face coverings in most enclosed public spaces in England, including public transport and inside shops.

The unions view the existing policy for schools as inconsistent with the government’s broader COVID-19 containment policy, and want teachers and other school personnel to be granted the same protection as other workers.

The NASUWT union has noted that face masks are compulsory for children over 11 years of age when they enter public spaces.

General secretary Dr Patrick Roach said: “So there is a strong argument that face masks should also be made compulsory for children when they return to secondary schools in September.”

Dr David Strain, a lecturer at the University of Exeter Medical School and a co-chair of the academic staff committee of the British Medical Association, believes that face masks are of little benefit for primary school settings.

However, he agrees that they would be a sensible precaution for adolescents in secondary schools in circumstances where they were unable to maintain a safe physical distance from one another.

He said that while secondary school teenagers are most unlikely to be severely affected by the coronavirus, the evidence suggests that they may be unwitting carriers and pass it on to others.

He added that masks may help prevent the spread of the virus beyond the confines of school and protect more vulnerable relatives living at home.

The GMB union maintains that school staff should be able to choose whether or not to wear face masks.

A spokesperson said: “Staff who may be vulnerable or at increased risk should not be prevented from wearing them.”

The National Education Union shares this view, stating that its position is that no staff member or pupil should be prevented from wearing a face covering at school if they wish to.

The GMB has, however, written to the Education Secretary Gavin Williamson, levelling the charge of “double standards” at the government for its guidance on face masks.

The letter said that the expectation that such coverings be mandatory in shops and public transport was inconsistent with actively discouraging their use in schools.